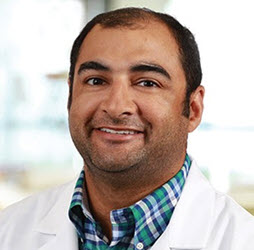 Anish Shah, MD,grew up in Athens, GA where he graduated high school at Athens Academy. After dual-degreeing in Philosophy (B.A.) and Biology (B.S) at the University of Alabama at Birmingham (UAB) as part of a seven year accelerated B.S.-B.A./MD program, he continued on to medical school at UAB. He then completed his internship in General Surgery and residency in Urology at the University of Cincinnati. Upon completing his training, he worked for WellStar Health System in Atlanta, Ga. After four years in practice, he and his wife, a Cincinnati native, decided to move back to Cincinnati. He has interests in all forms of robotic and laparoscopic surgery, including surgery for cancers of the bladder, prostate, and kidney. He also has interests in erectile dysfunction and prosthetic surgery for this condition, management of kidney and ureteral stones, and incontinence.