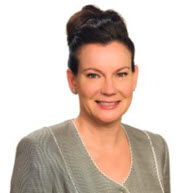 Bernadette Greenwood began her medical career in Geriatrics, attending nursing school and working as a geriatric aide while still in high school. A Combat Medic and Radiographer in the U.S. Army, she attended University of Maryland, Asian Division while stationed in Seoul, South Korea and earned a BSc in Radiologic Sciences from Adventist University. She earned her Postgraduate Certificate in Imaging at the University of Edinburgh. Bernadette has worked in government, industry, clinical and research settings. With 30 years’ experience in medical imaging, marketing, clinical education, regulatory affairs, product management and R&D, she conceptualized and developed focal laser interstitial thermal therapy of prostate cancer with a trans-rectal approach under MRI guidance in 2009 (patent pending). Preclincal testing was conducted at MD Anderson Cancer Center and the first transrectal laser procedure on a human research subject was performed at Desert Medical Imaging in May, 2010.

In her current capacity as Chief Research Officer at Desert Medical Imaging, she oversees clinical and research activities. She lectures frequently on topics related to oncologic imaging and is an internationally recognized expert in prostate MRI and MR-guided intervention. Ms. Greenwood is currently pursuing her PhD in Tumor Immunology Imaging and was awarded the Army Women's Leadership Foundation Legacy Graduate Scholarship. She was also named Research Advocacy Network Scholar 2015. Bernadette serves on the ACR subcommittees on prostate protocol optimization and prostate site accreditation.  She has published multiple journal articles and textbook chapters on prostate imaging and intervention and is a member of the RSNA, AUA, ASCO, AACR and ESMRMB. She also serves on the AdMeTech International Working Group for Prostate MRI as well as The AdMeTech Genomic Summit Steering Committee.

In 2014, she founded the International Laser Network to bring together international experts on laser focal therapy to create a dedicated educational forum for the sharing of experiences and techniques while harmonizing data collection intervals and patient reported outcomes measures. A vocal patient advocate, she has been active in patient education and awareness for much of her career working with UsToo International, ZeroCancer and local prostate cancer support groups.  She recently accepted a faculty appointment at the UC Riverside School of Medicine, Department of Internal Medicine as a Clinical Instructor. 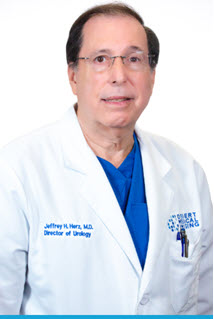 Dr. Jeffrey Herz is a Board Certified Urologist who currently practices on a limited basis at HALO Diagnostics (formerly Desert Medical Imaging), focusing on the Prostate Program.

His specialty covers both adult and pediatric urology, however, most recently he focuses much of his attention on adult urology services primarily prostate cancer.  He was born and raised in New York City, New York. He opened his practice in 1980 in Rancho Mirage California and has been a practicing urologist for the adult and pediatric community for 40 years. His expertise has gained him honors as one of the “Top Doctors” from 2005-2018 in the Palm Springs Life Magazine.

Dr. Herz is a member of the following professional groups and associations: