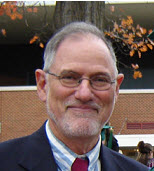 Mr. Boger emigrated to the US from Israel to pursue a career in aerospace engineering. He specialized in stress, fatigue and crack growth analysis. He came to Cincinnati in 1990 to work at GE Aircraft Engines and is currently at Belcan Engineering in Blue Ash.  He is married to Margaret and has a son, Daniel, a lawyer. Mr. Boger trains in the gym twice a week and plays sand and hard court volleyball whenever time allows.

Ethan Boger was diagnosed with prostate cancer in 2015 after years of rising prostate-specific antigen (PSA) levels. MRI and fusion-guided biopsy confirmed a single Gleason 8 tumor in the left peripheral zone. Before making a treatment decision, Mr. Boger studied the medical literature, consulted with fellow cancer patients and coaches and underwent further testing which indicated his disease was confined to the prostate. Adopting a strategy of maximum information and minimum intervention, he decided to forego the standard of care and instead opted for treatment by focal laser ablation (FLA), an investigational therapy that uses highly targeted heat to kill cancer cells focally and with negligible side effects. Although this treatment has been shown to be effective for men with early stage prostate cancer, the long-term outcomes have not been demonstrated. To date Mr. Boger has responded well to the treatment. However, he lives with the uncertainty shared by all prostate cancer survivors.

To reduce his risk of recurrence, Mr. Boger made lifestyle changes known to reduce the chance of disease progression, including increasing level of exercise, a healthier diet, adding supplements and reducing stress. Mr. Boger pursues a vegan + fish diet, lots of soy products and some supplementation including curcumin, ginger, MCP, aspirin and berberine. 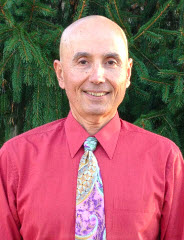 As a health practitioner, Bob’s focus is to help you make positive, lasting changes to your health through B.E.S.T., a gentle, hands-on healing technique. And Bob definitely is experienced with moving from a constant state of “fight or flight” to a calmer, healthier way of being. He served as an Ohio State Highway Patrol officer for 27 years, which included supervising the drug-interdiction teams for Southwest Ohio. “In order to survive the dangerous, life-threatening situations surrounding my duties, I developed an acute awareness of my intuition, my gut instincts. This gift has now evolved into my awareness of the body’s energy,” he says. “But the years of accumulated stress from dealing with highly charged, negative events left me with chronic, severe low-back pain, improper sleep, low energy and in a constant state of ‘fight or flight." Bob’s daughter, chiropractor Dr. Stephanie Spiers, introduced her father to B.E.S.T., believing the technique would help her dad feel better. “She had no way of knowing the life-changing effect that it would have for me,” Bob says. “That initial B.E.S.T. session brought a totally new sensation of what balance really felt like! I knew that this was something that I wanted to learn in order to share it with others.” Bob was already a fitness expert. In addition to his police work, he’s been a physical trainer since 1979. He’s certified by the National Academy of Sports Medicine and USA Cycling. He owned a fitness center and a health-food store. And Bob competed in state, national and international events in both triathlon and cycling, including Race Across America, which is an ultra-endurance cycling event. But Bob’s passion for B.E.ST. led him to receive the highest level of training, Elite Master, in 2005 from Dr. M.T. Morter, Jr., who developed the innovative technique. Bob is also certified in Animal B.E.S.T. “Through my years of studying B.E.S.T., which includes not only technique but also extensive personal development, I know that placing too much emphasis on external solutions diminishes our awareness of the expression of our own internal power,” Bob says.

Mike Ahmed is a member of Prostate 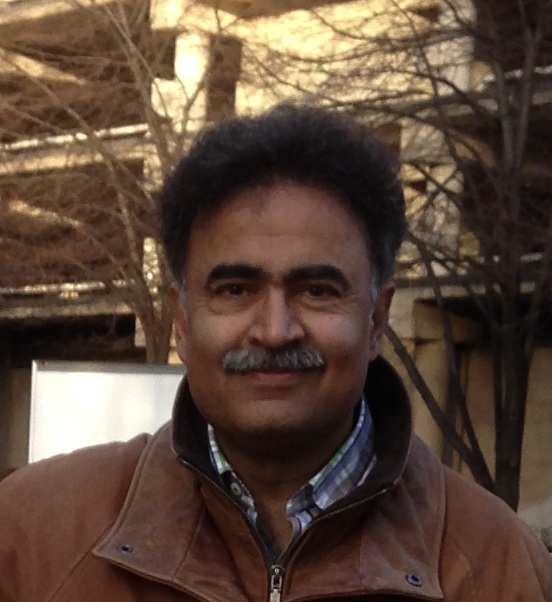 Cancer Information Group and is one of a growing group of individuals that has achieved total remission of prostate cancer through the use of alternative methods. Mike is the founder of IST, a staffing business with offices in Cincinnati, Charlotte, NC and San Diego, CA. He has a Master degree in Economics with 30 years of staffing experience.

Mike’s story started when he went in for a Life Insurance exam in February of 2013. As part of the exam he was advised that he had an elevated PSA (4.11 – Free PSA was ~4). A biopsy was performed and he had 6 of 12 Cores Positive with perineural invasion present in 1 of 12. Three cores had 3+3 and three with 3+4. At that time, he informed his son who started researching prostate cancer treatment options. Among the treatments he discovered included the use of Rick Simpson Oil (RSO) - a derivative of Cannabis.;

In summary, this is what happen to over the next several months. Mike was told that he needed to start standard treatment – Radical Prostatectomy or Brachytherapy (seed radiation) right away. He instead decided to pursue an alternative form of treatment which as you might imagine included the use of RSO. At the suggestion of one of Mike’s friends he started to see Bob Rich, an Elite Master of B.E.S.T.. Bob’s treatment is a process that uses gentle, non-invasive, hands-on healing. He started seeing Bob twice a week. Along with everything else Mike made a radical change in his diet. Among other things, he ate more leafy greens, ginger, curcumin (root), nuts and seeds. He cut back on his consumption of red meat and started eating more fish. Over the next several months Mike saw several other experts who all told him that he needed to start treatment. At one point he had a yet to be explained episode that included uncontrollable sweating and the loss of 45 pounds. In September Mike started to see Dr. Donovan who thought that a fusion biopsy was warranted. The decision was made to have the biopsy done in January. When the biopsy was performed in January Dr. Donovan declared Mike cancer free.